Belaad: The Land of Swords and Quills is an engine-building thematic card game for 2 to 6 players. Players are split up in three teams and over the course of the game, attempt to triumph over the other two. The Hashashin come in play if there are an odd number of players in which a single player controls the team. Every team consists of a unique set of characters with special abilities. 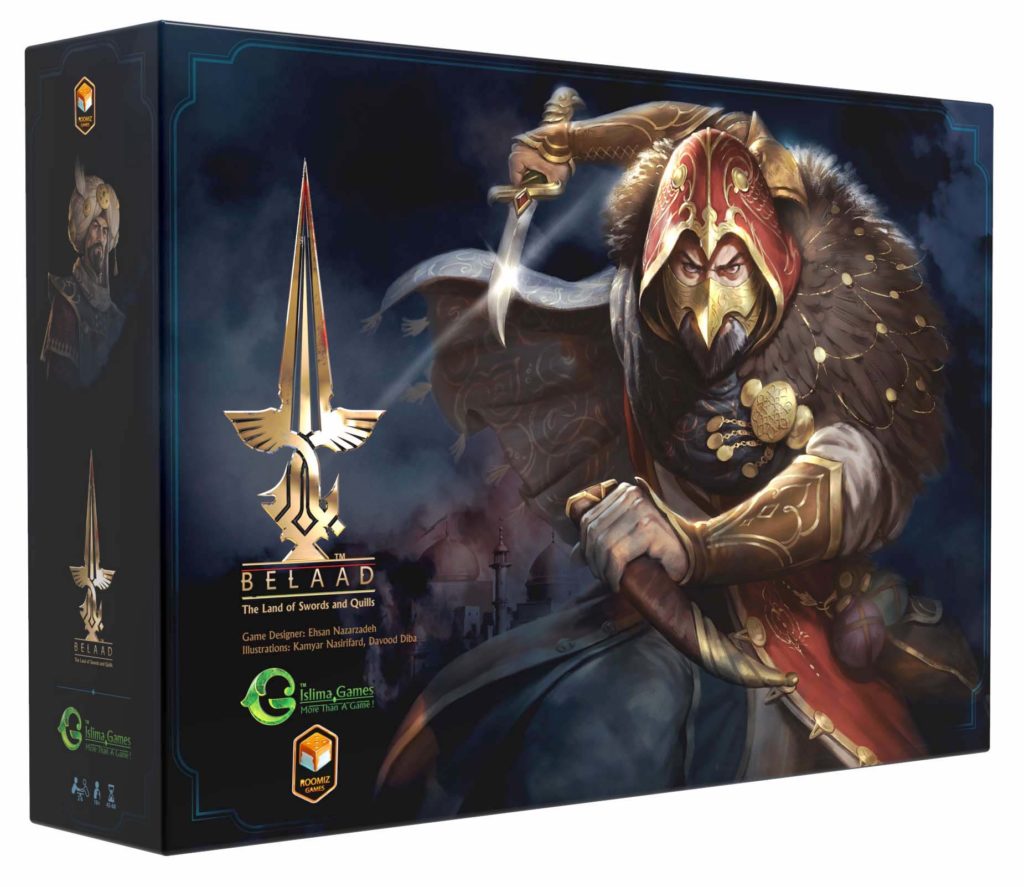 The Kingdom and The People follow the same goal of hiring the most Scholars while The Hashashin mean to kill them. Every Scholar provides a number of scientific symbols for teams which count as victory points at the game’s end. 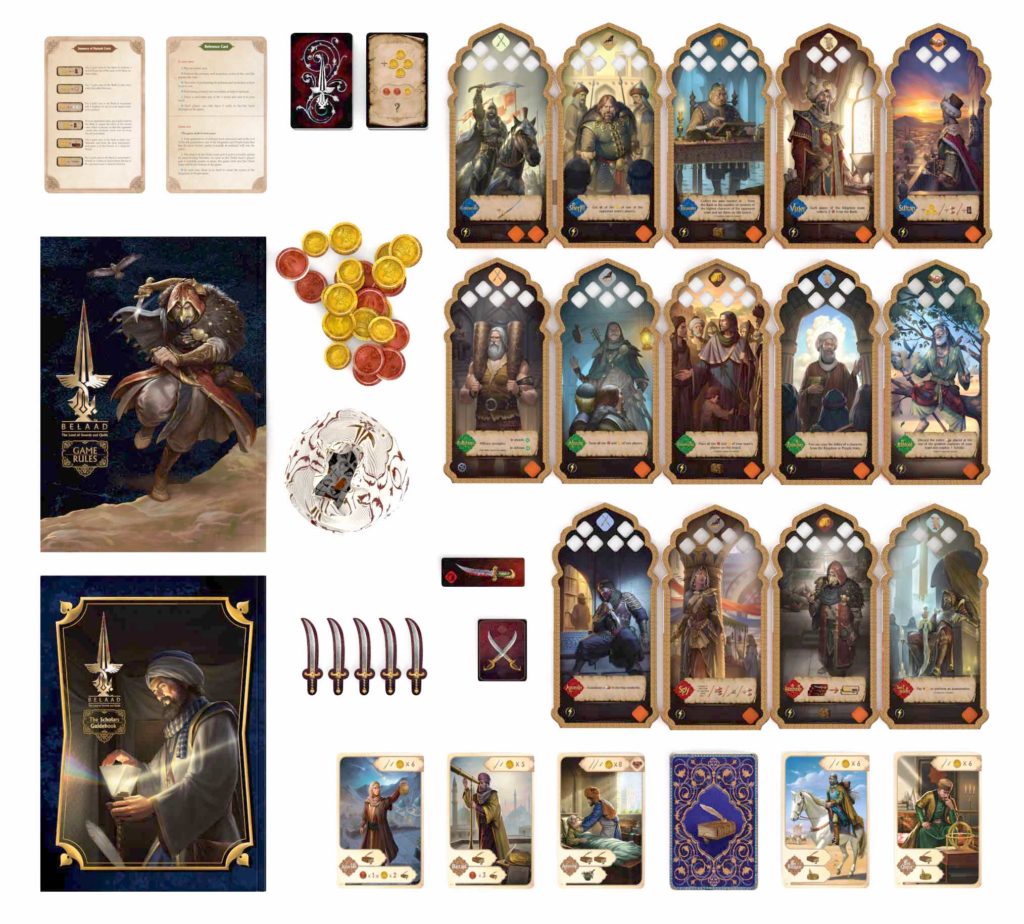 An indie board game designer & publisher and the most famous Persian media in Tabletop Gaming started in 2015.